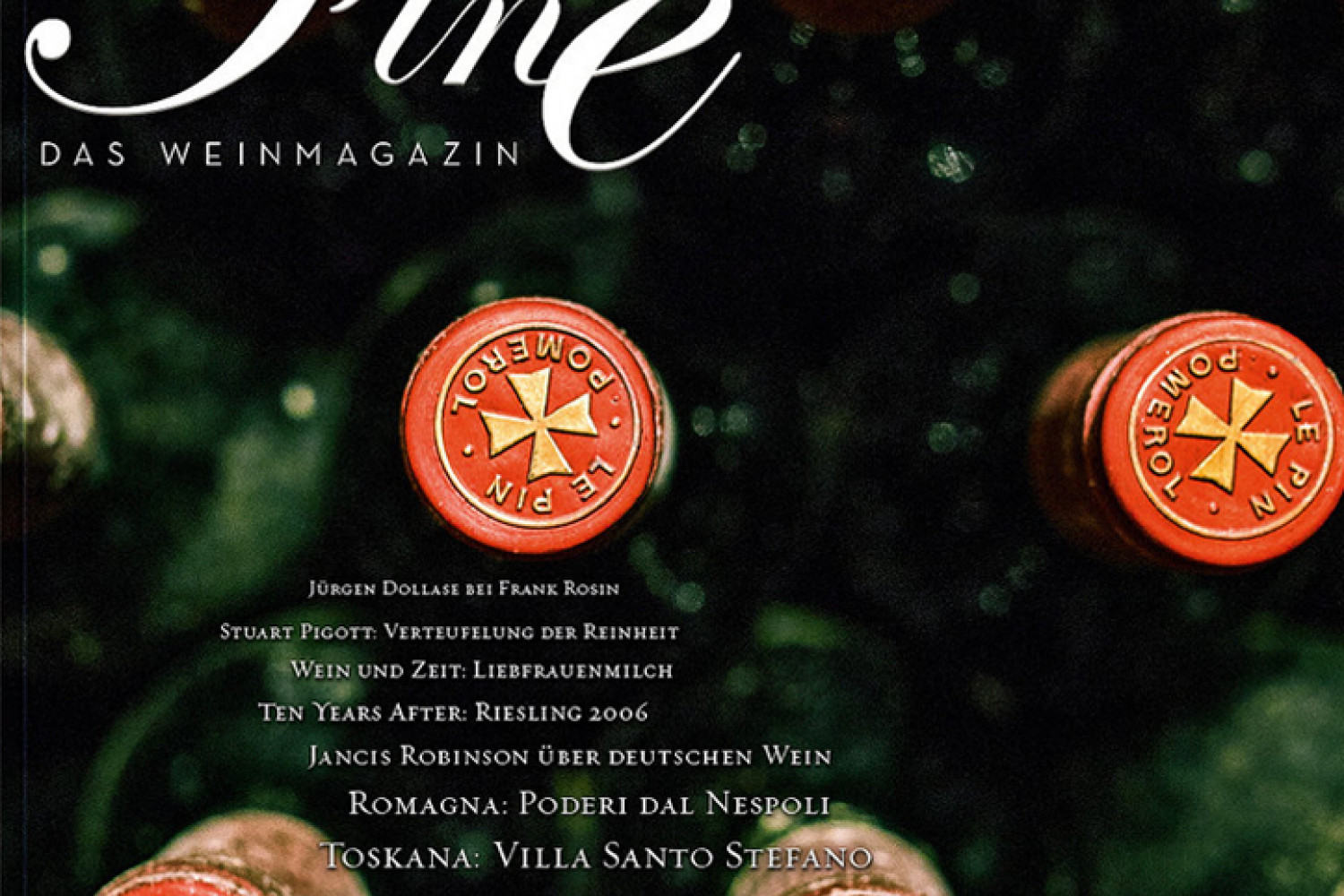 The archway above the entrance to Bodegas Faustino in Oyón is emblazoned with a portrait of Nicolaes van Bambeeck, the successful Dutch trader, made by Rembrandt in 1641. The portrait appears on the labels of Bodegas Faustino, founded by Eleuterio Martínez Arzok in 1861, and there is no other label that is more closely associated with red Rioja wine. The firm is owned by the Faustino Martínez family. It is located in Rioja Alavesa, Northern Spain, and owns 700 hectares of vineyards. They are distributed among the municipalities of Oyón, Laguardia, Logroño and Mendavia and they are mainly planted with Tempranillo grapes. In addition to Bodegas Faustino, the fast-growing Grupo Faustino owns six wineries in Rioja, Ribera del Duero, Navarra and La Mancha. Julio Faustino Martínez started bottling his wines in 1930. Thirty years later, Bodegas Faustino began exporting its wines, starting with Austria. This was the beginning of the development of the company’s international reputation with the famous Faustino line. Today, Bodegas Faustino is one of the top Rioja wine exporters, shipping to seventy countries. Its annual production is roughly twenty million bottles, the content of which is aged in Oyón in 46,000 American and French oak barrels.

With Faustino V and Faustino VII, Bodegas Faustino delivers remarkable quality for an everyday wine. However, the winery is renowned for its Faustino I Gran Reserva. Known as Primero, it is a premium wine only bottled in good vintages. Faustino I is recognised everywhere for its Rembrandt label, the satin opaque Burgundian bottle and its striking golden net. With this traditional outfit, the great classic from Rioja has withstood every fashion trend so far. The Gran Reserva is a blend with about eighty percent Tempranillo, completed with Graciano and Mazuelo. It is only released for sale when it promises full enjoyment: after a minimum twenty-five months in French and American oak barrels plus at least three years in the bottle. The 2004 vintage is still available in Germany. Meanwhile, winemaker Rafael Martínez Palacios produces an average 800,000 Primero bottles each vintage; an astonishing figure for a premium Rioja. In extraordinary vintages like 1964, 1970 or 2001, the demand for this Gran Reserva soars yet it remains affordable for everybody. Its down-to-earth price makes this Gran Reserva a people’s icon, a democratic wine.

Rainer Schäfer Tastes Twelve Faustino I Gran Reserva wines from the 2005 to 1964 vintages.

Lavish bouquet, burned wood, vanilla, sweeping aromas of black and red fruit, black cherry, prune and blackberry syrup. Soft impression on the palate while featuring a relatively powerful stature and strong tannins, with ripe black berries and sweet coconut. It makes a slightly coarse picture. Not a classic Rioja, it bears a rather international style. Still very youthful, it has potential.

Dense ruby red, straightforward inviting nose with a range of aromas in the blackberry, elderberry, morello cherry, vanilla, cinnamon and bitter chocolate line. Multi-layered and spicy on the palate, with juicy, rounded tannins. Again, ripe black fruit, coconut, also hints of mint, peppery spiciness and resin. Good balance between power and elegance. It is still in its early development stages.

Aromas of blackberries, plums, liquorice, tobacco and fruit in rum; also oxidative notes. Well structured on the palate, again blackberry, accompanied by some orange and cinnamon. Peppery spiciness in the finish. Somehow limited in its expressiveness, not too much scope.

Beautiful Rioja nose, with glimpses of raspberries, rose hips and blackberries. It comes with earthy and spicy notes, underbrush, cedar and fir resin. Prettily built with still perceptible tannins. It features not only down-to-earth properties but also an elegant side, like a countryside beauty.

Smoky and fatty notes predominate in the taste, while fruit aromas of blackberries and raspberries struggle to unfold. Herbal touches of lavender, rose petals and thyme also shine through. Medium structure on the palate, not particularly complex, rather rustic in character.

The engaging bouquet already shows why 1990 is considered one of the good vintages in Rioja: cherries, elderberries, blackberries, mocha and cinnamon interweave to form a consistent nose. It quickly displays its qualities on the palate: ripe and spicy fruit, blackberries, black cherries, elderberry pulp and some bitter almonds. A wine full of strength, tension and a vital, flattering acidity. Fresh, very clear in its expression, good length, stimulating and enjoyable.

It stands aromatically on the spicy-earthy side, smoky smell, juniper, wild berries, resin, leather, exotic spices and underwood. A delicate structure opens up on the palate, tannins are present and ripe. The ripe red fruit, raspberry and cherry, is carried by a finely chiselled acid. Well balanced, elegant expression.

The charmer of the tasting, a Rioja with Burgundian beauty that shows new facets once and again. Its precise bouquet features earthy aromas, underbrush, blackberry liquor, graphite, leather and thyme. Well-built, it deploys a slender and delicate complexity in the mouth. The fine fruitiness of raspberry, blackberry and currant is surrounded by a ripe and utmost fine acidity. Elegant and long, Burgundian and highly sophisticated.

The somehow vegetable and mushroom nose also admits aromas of red fruits, mixed with a touch of resin and seaweed. Sinewy and dry on the palate, slightly barren in the fruit. A Gran Reserva that lives on its freshness and acidity. Citrus fruit notes in the finish.

The freshness and presence still featured by the 1964 Primero is impressive, presumably because the Tempranillo was then grown mixed with the Viura white grape, which provided a lively and preserving acidity. It is characterised by earthy and dark aromas and a delicate acidity. Balanced, fine tannins, long and present on the palate. Impressive performance of a classic Rioja.

Welcome to Bodegas Faustino.
To enter, please confirm that you are of legal age.